Australians At The Movies

With thanks to the folks at Australia's Silent Film Festival for asking me to contribute an obituary for 'Mr Movies'. 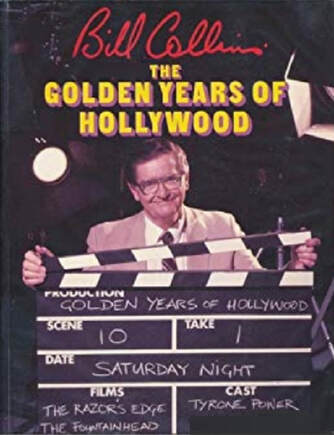 Source: Internet Movie Database.
It is no exaggeration to say that every Australian who developed an interest in classic film in the past four decades can somehow trace it back to Bill Collins.

Those who became sufficiently interested to remain for Collins’ afterword were rewarded with a chatty, insightful summary featuring trivia, thinking points, and the all-important question: “I thought it was fabulous. Didn’t you?” Thousands who had never before seen a classic film found themselves answering an unequivocal “Yes!”

It is easy to forget that Collins entered the public consciousness at a time when regard for classic film was at its nadir. To nascent cinephiles, preoccupied with theories of auteurism and the new realism of 1960s and 70s cinema, the studio era was anything but a golden age. To the wider public, old films were cultural detritus, unwatched and unloved; plugged into empty spots in the television schedule such as late nights or Sunday afternoons.

To champion the opposite view so vividly and so persuasively took a figure of passion and knowledge, and a sure populist touch. Collins had a way of taking the viewer into his confidence, speaking with the authority of an expert, but never stooping to condescension. His goal was inclusiveness. He earnestly hoped that you would take as great a delight in the films he showed as he did himself.

If they were not won over by the films themselves, a viewer might have been convinced by Collins' famous, often parodied, but always genuine effusiveness. The most pedestrian B-movie could sound like a must-watch extravaganza under his recommendation, yet his advocacy was sincere. Collins was a connoisseur, but not a snob; an unashamed advocate of the view that films were primarily made to be enjoyed. Through him, viewers came to understand that a Shirley Temple tearjerker or the small-town antics of Mickey Rooney’s Andy Hardy were every bit as worthy of appraisal as the canonical classics - and often a lot more fun.

Collins' cultural impact was immense. He worked his best years in network television, and was not only a household name, but made classic film a household topic with which his own name became synonymous. His 'Mr Movies' monicker was well earned.

​I thought he was fabulous. Didn’t you?