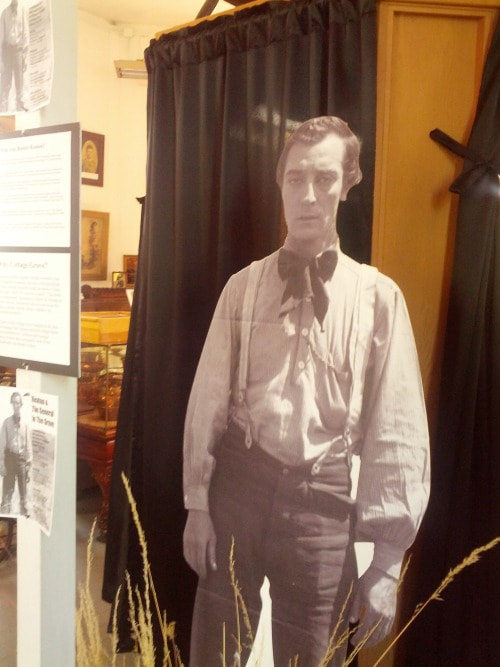 In 2016, Cottage Grove, Oregon hosted a number of exhibitions to celebrate the 90th anniversary of Buster Keaton's The General, which was filmed in the area between May and October 1926. Buster was ready and waiting to greet us at the Cottage Grove Museum, which has a treasure trove of material from the film on permanent display. 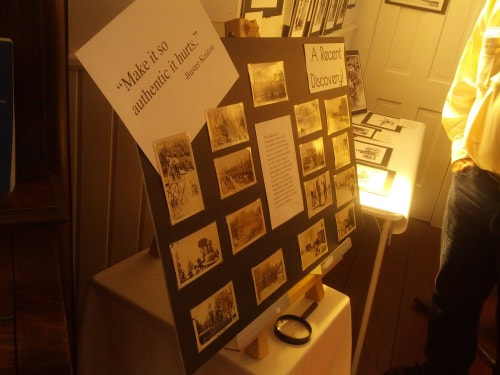 Here they are - some of the most eagerly awaited Buster Keaton artefacts to surface in many years. They were discovered in a Cottage Grove attic a few years ago, unseen virtually from the day they were taken. Several have since been published in the Cottage Grove Historical Society’s revised edition of The Day Buster Smiled, their history of the filming of The General. 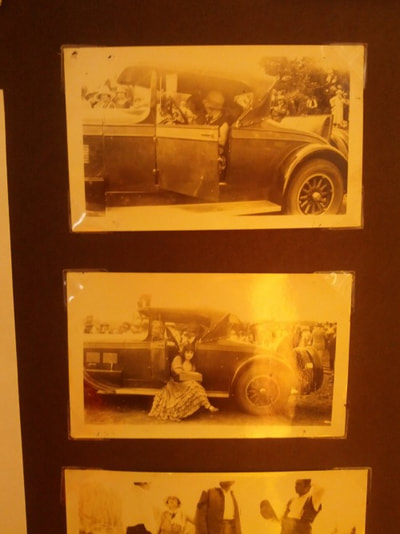 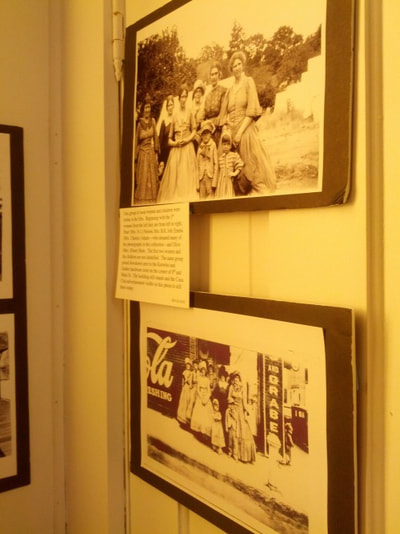 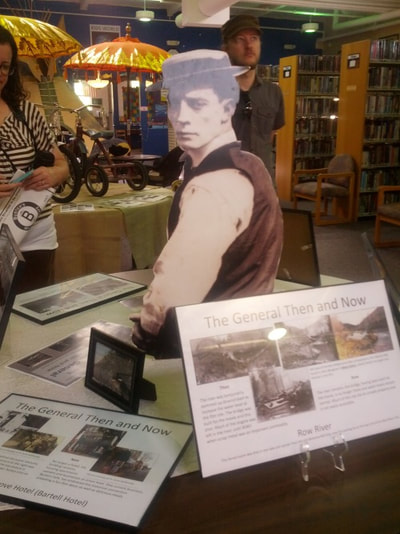 A closer view of some of the newly discovered photos. You will recognise Buster’s co-star Marion Mack in the centre of the first photo. She was one of the best of all Buster’s leading ladies, and yet she decided to quit acting after The General, as it had kept her away from her husband for so many months.

In the middle are some candid shots of Cottage Grove townspeople in costumes as extras for The General. Many townspeople still have anecdotes about family members who appeared in the film. The Coca Cola sign seen in the bottom photograph is still in existence today, just off Main Street.

Buster was also waiting for us in the Forest Grove Library, which hosted a display about the filming locations. The Geneaological Centre also had a very nicely presented display about Buster’s career and family. A member of the Centre recalled that her father and uncle both appeared in the film as some of the soldiers who are ordered to continue on across the river despite the destruction of the rail bridge. Her mother also wanted to participate, but she was too busy at home with a new baby. The woman we were talking to was that baby. Like The General, she celebrated her 90th birthday in 2016. 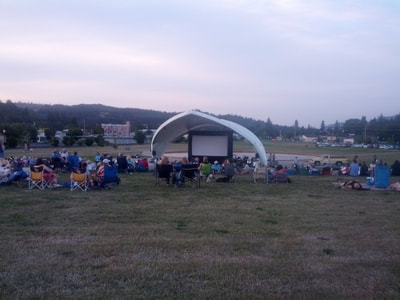 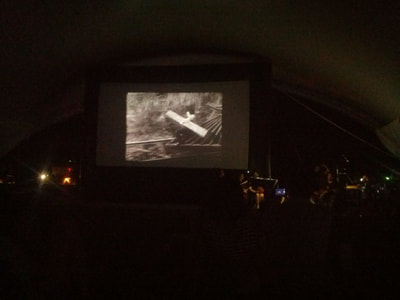 As the sun went down, a large crowd began to assemble at Bohemia Park for an outdoor screening of The General with a newly composed live orchestral accompaniment by Mark Orton. In all, several hundred people turned up, and it was great to hear lots of children laughing along. The Cottage Grove Hotel, where Buster and co stayed during filming, can be seen just to the left of the screen.

Once night fell, we saw Buster in full flight, with Mark Orton and orchestra accompanying. This screening was a collaboration between various organisations including Film Oregon, the Cottage Grove Historical Society, and Portland’s Hollywood Theatre, who commissioned the new score as part of its own 90th birthday celebrations. Two screenings of The General at the Hollywood proved so popular that a third was added, which was also a sell out.

Seeing Cottage Grove is an absolute treat for any Buster Keaton fan - not to mention seeing The General itself, only footsteps away from where it was actually filmed. Congratulations to everyone who made this event happen, particularly Lloyd Williams of the Cottage Grove Historical Society and the Damfinos, the International Buster Keaton Society.
'The General' Location Tour - Part 1 >