Wrestler Sam Burmister. Source: Border Watch (Mt Gambier, South Australia) - 19 February 1927
If little is known about the pre-production of Those Terrible Twins, even less is known about its filming, though we do have some clues as to when and where it took place.

Visiting foreign wrestler Sam Burmister plays a bit part in Those Terrible Twins. Though described in the film as ‘The Russian Lion’, this title belonged to another wrestler, Al Karasick. Burmister was in fact Estonian, and performed in vaudeville under various titles, including ‘The Modern Samson’ and ‘The Strongest Man In The World’. He had arrived in Sydney during the first week of 1925 and departed for Melbourne on the 30th of January. The school Christmas holidays for 1924-1925 ended the following day, which would have left most of the juvenile cast unavailable.

Meanwhile, a newspaper mock-up that appears in the film was constructed from an actual issue of Sydney newspaper The Guardian from 27 February 1925. Presuming that an insert would have been organised towards or after the end of filming, this provides us with some rough book-ends for the production period.
​
CASTING AND CREW

It is particularly vexing that almost none of the film's main performers are able to be positively identified. A review in the Labor Daily confirms that the cast was composed 'almost entirely of amateurs, including the two principles.' While advertisements name the young actors who played the main roles - Ray Griffen as Ginger/Tommy, Billy Canstell as Bluey/Joe, and Kitty Willoby as their sister, Susan Meggs/June, no actual people bearing those names can be identified amongst local birth, school or property records, and the Labor Daily instead names the main actors 'Ken Griffiths' and 'Johnny Cantwell'.

The likelihood that even the named performers were using pseudonyms provides a further barrier to their identification, while other major characters, such as the twins' mother and father, their friend Fatty, and their arch-rival remain unnamed and unidentified. The adult characters, probably sourced from theatre or vaudeville, bear the greatest chance of identification. It is overwhelmingly likely that the many extras were simply neighbourhood children, fascinated by the production of a film in their midst.

Aside from director J.E. Ward, the only known member of the crew is the film's producer, named in one review as a Mr W. Kendall. The exact identity of this man remains unknown. The fact that Cyril Samuels illustrated the intertitles and would later write a number of stage plays, books and poems make him as good a candidate as any for the author of the titles themselves - and possibly even the screen continuity. 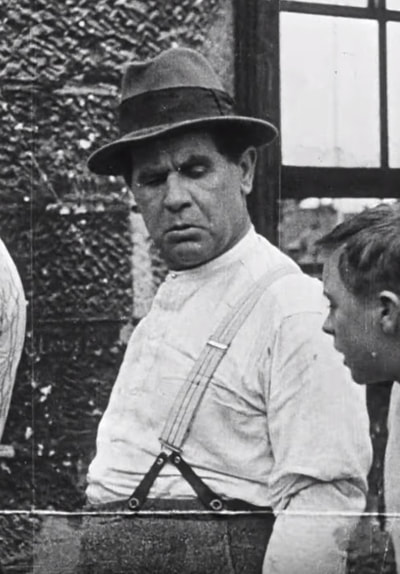 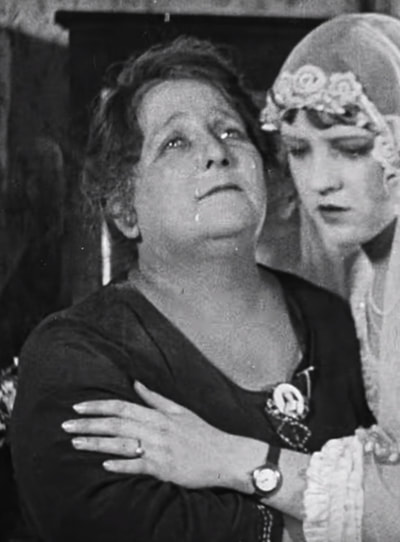 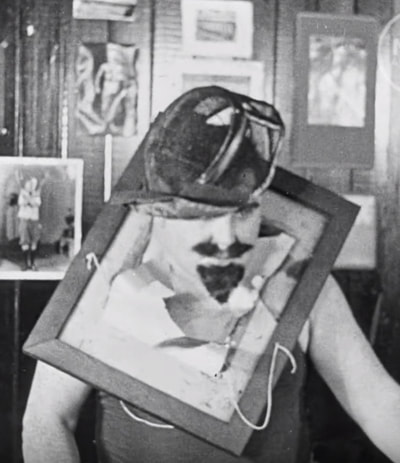 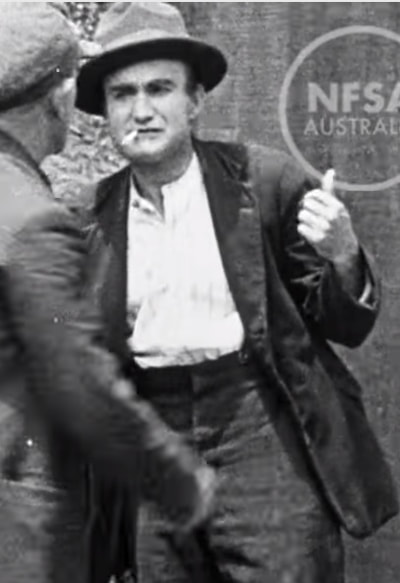 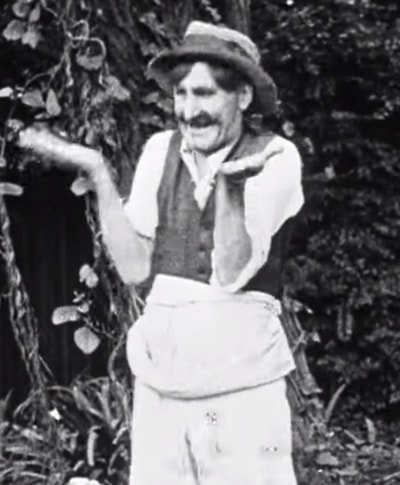 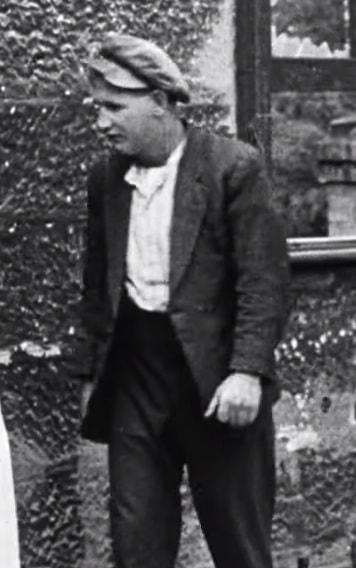 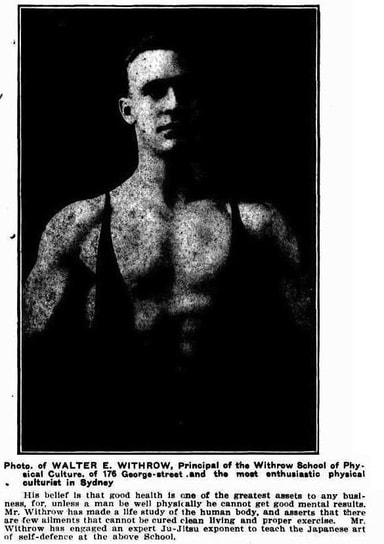 ​Walter Emerson Withrow, who played the lead role of sportsman Graham Trent, is the only member of the cast about whom much can be said with confidence.

​He was born on 18 February 1883 in Rawdon, Nova Scotia, Canada. According to publicity, he had worked as a physical instructor to the Northwest Mounted Police of Canada, having been educated in physical culture at Harvard, from which he graduated in 1907. It was as a boxer that he first gained a name for himself, becoming the amateur heavyweight boxing champion of New England and claiming to be a protégé of the famous Irish-American world champion, “Gentleman Jim” Corbett - by coincidence, the first well known boxer to start a second career as a screen actor.
​
Withrow arrived in Australia in 1912, and began operating a School of Physical Culture on George Street Sydney the following year, when he was described as ‘a noted strongman’. His ventures capitalised on a pre-war boxing and fitness craze, and soon grew to include a magazine named 'Physical Culture’, and correspondence courses in jujitsu. These were sufficiently successful for Withrow to move to a larger and grander establishment in June 1921, at 229-231 Castlereagh Street, Sydney - a location at which a significant portion of Those Terrible Twins would later be filmed. 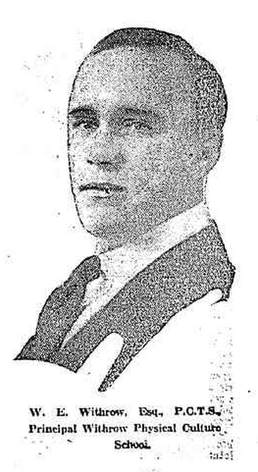 Walter Withrow in the mid 1920s. A nearly identical photo would be used for a newspaper mock-up in 'Those Terrible Twins'. Source: Sunday Times, 20 February 1927
Withrow shared much in common with Snowy Baker, the multi-talented sportsman who had also begun to build his own fitness empire in the 1900s and 1910s, also published his own exercise magazine, also offered fitness courses via correspondence - and had abandoned it all in favour of a film career that began in his native Australia but had since taken him to Hollywood. It is too much to say that Withrow had similar aspirations, though a stint as a radio sports commentator in the late 1920s suggests he had some interest in performance. At around the same time, he also acted as wrestling correspondent for Sydney’s Referee newspaper.
​
A well-preserved 41 when he performed in Those Terrible Twins, Withrow makes a good showing for himself, and must have co-ordinated the detailed boxing, wrestling and fighting sequences that make up a large proportion of the surviving film. Given that the storyline functions as an advertisement for Withrow's gym, it is reasonable to suppose that Withrow himself had some input on story matters. Perhaps he was even the unproclaimed winner of the Evening News' film scenario competition.