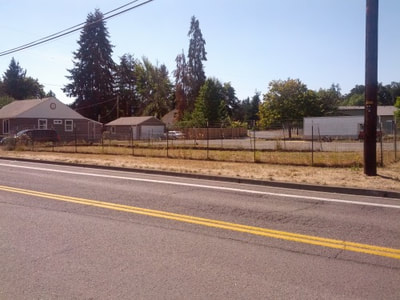 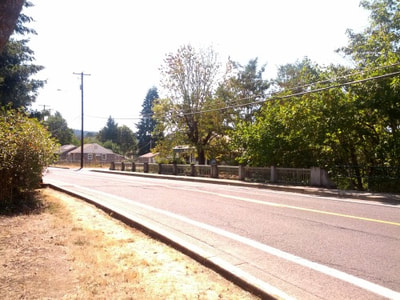 After lunch, we travelled further afield to South River Road, where the early sequence in which Keaton tries to sign up for the army was filmed. The barn that appears behind Buster in that sequence once existed in front of the grey house on the left, but burned down only a few years ago.

On the right hand photo, the foundations of the old barn, which was estimated to be about 130 years old at the time of its destruction, can still be seen. 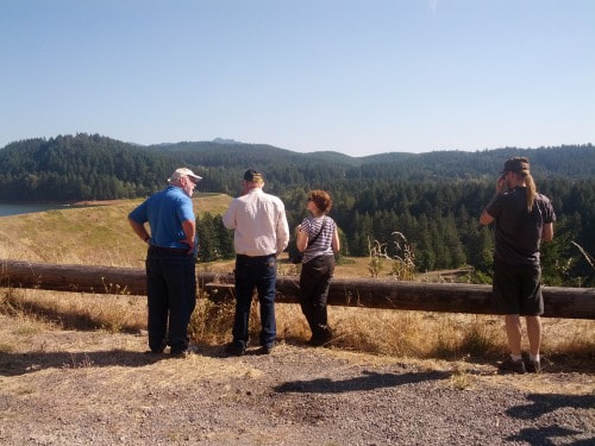 On our way up the Row River - so named because it was the scene of many ‘rows’, or fights, during frontier days - we paused to look across at the Cottage Grove Dam. The gentleman on the left is Harry Keaton, son of Buster’s brother Harry ‘Jingles’ Keaton. 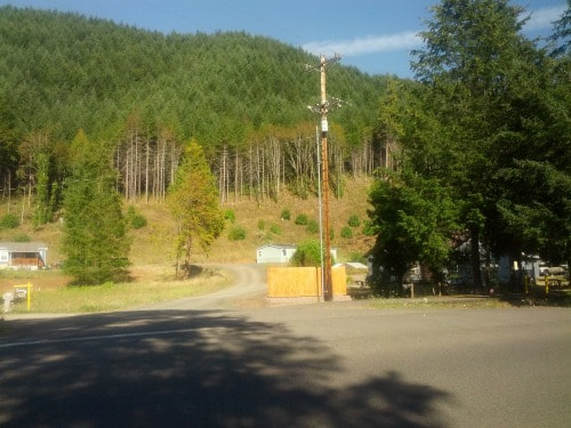 The old train line continues alongside the Row River. Though it is seen from a very different angle in the film, this place was the location of the memorable sequence where the cannon pointing in Buster’s direction instead veers off along a spurline in the nick of time. 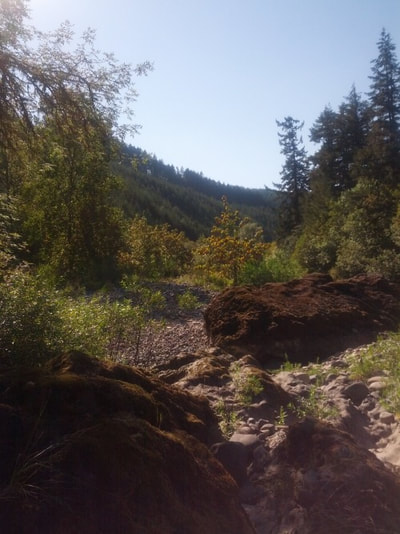 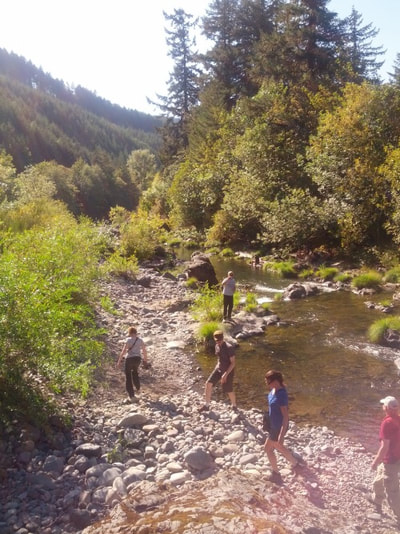 On the Row River, the closest we could get to the actual site of the famous train crash. Getting any closer would have entailed an arduous walk, and with the mercury approaching 100 degrees F, we were happy enough to be this close. The large tree jutting out in the middle marks the approximate location of the train bridge.
​
The river was artificially dammed for filming, so the water level appears much higher onscreen. A single metal bar was all that was left of the wreckage until recently. Unfortunately, even that has now disappeared, so there is no material trace of that famous sequence left. 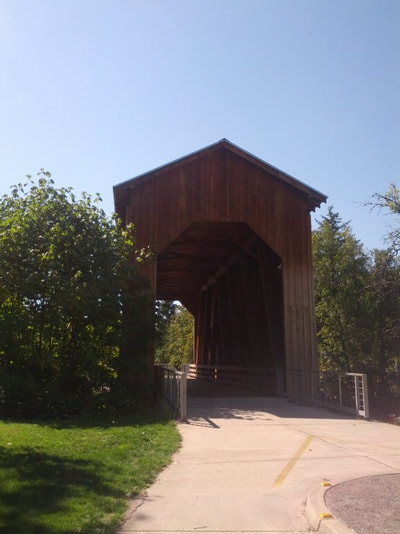 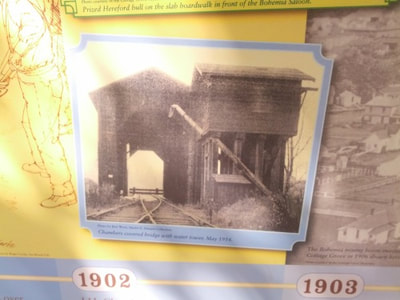 Though the Texan ended up at the bottom of the Row River, the engine used as The General saw out its days as a lumber train at the nearby J.H. Chambers mill. The train would have travelled under this covered bridge hundreds of times before being scrapped in the 1950s. Rumour has it that a local boy heard that the famous train was about to be destroyed, and was permitted to take home its bell as a souvenir.

At right, the bridge as it appeared in the 1950s, shortly after the timber mill was closed. Although Cottage Grove is known as the ‘Covered Bridge Capital of the West’, none of the ones that appeared in The General are known to exist today.