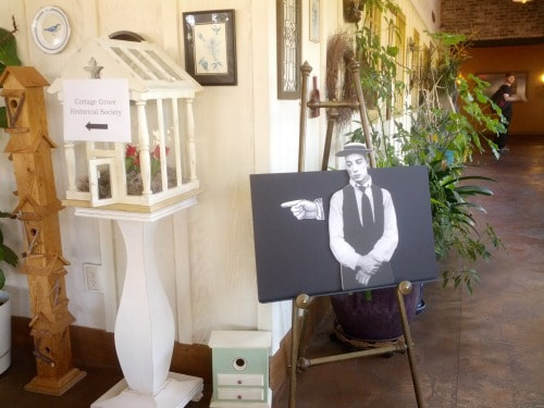 On the weekend of 12-13 August 2016, I was lucky enough to visit Cottage Grove, Oregon for its celebration of the 90th anniversary of The General (1926), and to join the Cottage Grove Historical Society in a tour of the filming locations.

Cottage Grove is a lovely little town. Despite the proliferation of big-box stores and fast food restaurants on its outskirts, you can still get a good sense of what it was like when Buster rolled into town. The town’s pride in their part in film history is palpable, and rightly so. 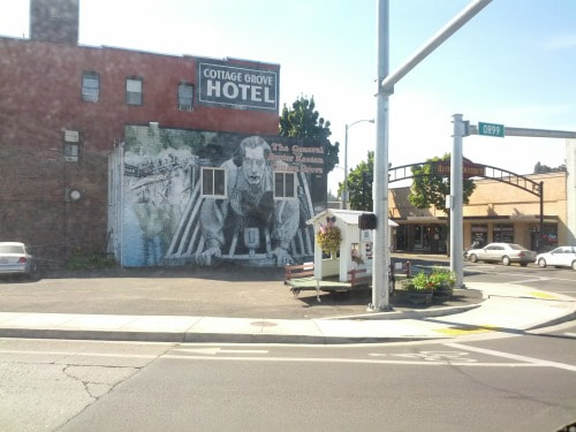 During filming, Buster and his major cast and crew stayed at the former Bartel’s Hotel, now known as the Cottage Grove Hotel, which boasts not only a Buster’s Cafe but a mural of the town’s favourite comedian.


On Friday, the Cottage Grove Historical Society, in conjunction with theDamfinos, the International Buster Keaton Society, hosted a screening of Keaton rarities and oddities, the most interesting of which was the Educational short Grand Slam Opera (1936) and the most curious of which was Roaring Rails, a bizarre four-reel cutdown of The Genera lthat seems to have been prepared for the 16mm home rental market, with minimal regard for pacing, continuity, or comedy.


Saturday morning was spent listening to a number of interesting presentations. Larry Telles of the Niles Essanay Silent Film Museum in Niles, California spoke about the pioneering Australian-born thrill serial director, J.P. McGowan, and his leading stunt-lady, Helen Gibson. Cottage Grove resident Pat Patterson recounted his life as the son of a Fox publicist of the late silent era and later as a child actor who counted the likes of Shirley Temple amongst his friends. Buster’s nephew, Harry ‘Jingles Jr’ Keaton, shared his photos and recollections of growing up in the Keaton household.


Armed with copies of John Bengston’s invaluable book Silent Echoes, a busload of fans joined the Cottage Grove Historical Society’s Lloyd Williams on a tour of filming locations, exhibitions and other sites relevant to Buster’s stay in Cottage Grove.
To get an idea of the context for the photos I’ve posted, I recommend a visit to John Bengston’s excellent website, which has a dedicated page on The General’s locations. 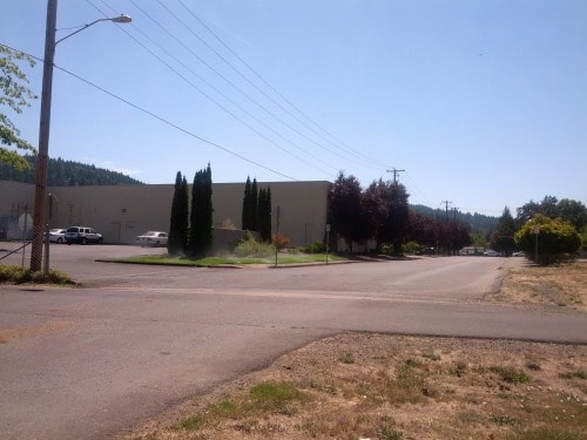 It doesn’t look like much today, but this is probably the most significant of all of The General’s filming locations. The majority of the travelling train shots were filmed on a short stretch of double track that once existed here. What seemed to be a long journey across Southern lines and back again was actually the same stretch of track, seen over and over again. The Safeway now obscures Hansen Butte, the distinctive land formation that appears behind Buster in so many travelling shots.

This street posed as two locations in The General - firstly the town of Marietta, Georgia, and later that of Chattanooga, Tennessee. Both were created using standing sets that were torn down after filming. 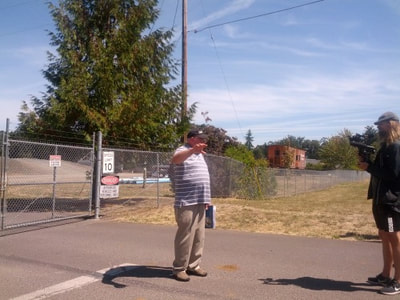 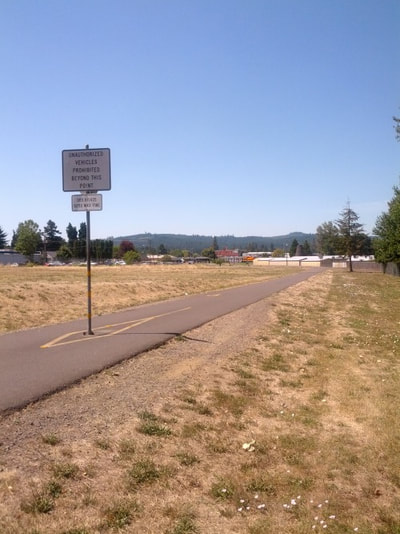 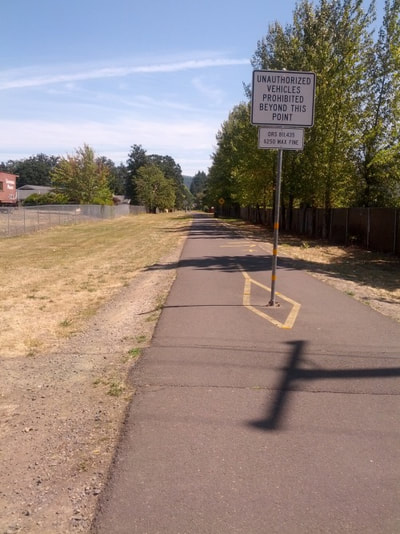 The Cottage Grove Historical Society’s Lloyd Williams stands between the one-time location of the two train tracks. The first, on which the camera train travelled in most cases, is marked by the old red train carriage in the background.

The second picture looks east down the other train track, which has since been turned into a bike path. The Union camp sequence - one of the few times in the movie where you do see both train tracks in use - was filmed in the park to the left of here. In the distance, you can see the Cottage Grove Hotel. Virtually all of the film was shot within walking distance of where Buster was staying.

The third picture shows westward-facing view of the former main rail line, with the position of the secondary spur shown by the red caboose on the far left. This view, or something like it, would have been seen by Buster dozens of times as the General progressed back and forth down the line. 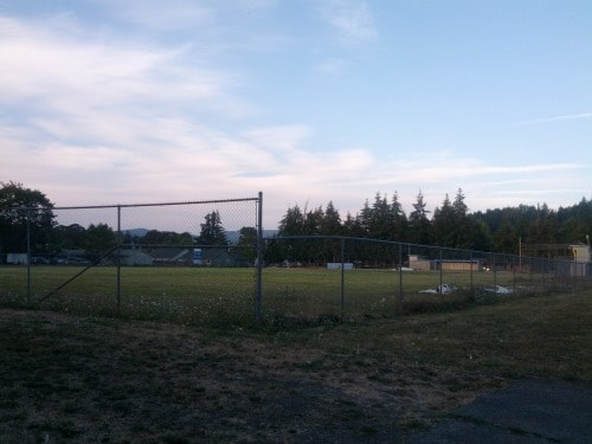 Most Buster Keaton fans know that baseball was his favourite leisure activity. When he was in Cottage Grove, he frequently played here, at Kelly Field.