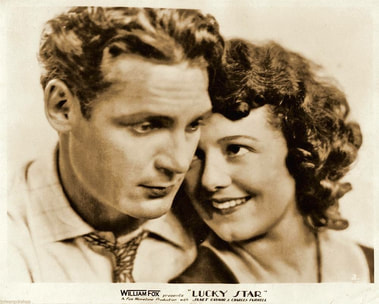 Frank Borzage’s emotional ‘Seventh Heaven’ (1927) was a highlight of the 2009 festival - this year, we were able to see the last of the films Borzage made in collaboration with that film’s stars, Janet Gaynor and Charles Farrell. It was Borzage’s last silent, capping a dream run of some of the era’s best films.

Janet plays the brattish Mary Duncan, a young, poorly brought up farm girl. She is taken under the wing of her neighbour, a lonely injured war veteran named Tim (Charles Farrell). Before the war, she was merely a neighbourhood pest. Now, his interest in fixing things extends to fixing her. Convention and prejudice soon loom in the way of their friendship.
​
Gaynor was little more than twenty when she played Diane in 'Seventh Heaven’ and the Wife in F.W. Murnau’s 'Sunrise’ - two years later, playing a girl who ages from fifteen to eighteen throughout the film, she looks astonishingly young. She could pass for the daughter of those earlier characters, and yet she is entirely, artlessly believable.

As good as Gaynor is, Farrell is really given a chance to shine here. It’s the sort of performance that would today be described as 'Oscar bait’. Unlike those modern performances, there is no sense that he is keeping one eye carefully trained on the audience, judging their approval.

Due to a fire at Fox, many pre-1935 Fox pictures exist only in poor quality copies, if they still exist at all. Happily, this print, which was found and restored in the Netherlands, is clear enough to reveal every detail of Borzage’s dreamlike, immaculately-crafted world.
The comparison with Murnau’s 'Sunrise’ has been made before, so I will not expand on it here except to say that like Murnau, I wish Borzage’s achievements in silent film were better recognised, and that sound had stayed away for just a few more years so me might have seen more of them.

Whenever I mention Mauro Colombis it’s to rave about him, and I will do so here again. His improvised score felt reminiscent of the Japanese composer Joe Hisaishi. 'Seventh Heaven’ was one of the best-attended shows of the 2009 Festival, and it looks like many came back for a second dose of Gaynor, Farrell and Colombis. 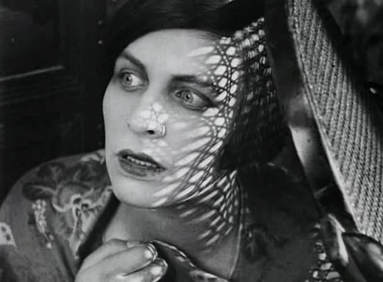 Source: Internet Movie Database
BED AND SOFA (Russia, 1927)
Dir. Abram Room
​
The city of Moscow wakes for another morning. Nestled amongst the grand civic buildings is a shabby apartment inhabited by a young woman, Liuda (Lyudmila Semyonova), and her boorish husband Kolia (Nikolai Batalov), a builder. He is too busy complaining about the quality of his breakfast to notice his wife’s obvious unhappiness while preparing it.

Meanwhile, a third man, Volodia (Vladimir Fogel) approaches the city on a train. The laws of montage tell us that their paths will cross. It so happens that Kolia and Volodia were friends during the 1917 revolutionary war, and Volodia, a victim of the city’s housing crisis, is invited to stay on the couple’s sofa.

Before long, the more sensitive Volodia notices Liuda’s malaise, and the three settle into an unconventional, uneasy menage-a-trois. When events come to a head, Liuda’s solution is startling but very satisfying.

Styilstically, the film is naturalistic and unflinching enough to have been filmed yesterday. Most Soviet directors of the time could not have resisted injecting some message into the sweeping shots of 1920s Moscow, but throughout the film, director Abram Room explicitly - and probably defiantly - leaves large-P politics off the table. This is genuine social realism rather than the exalted State-sanctioned version.

The central character of Liuda intrigued me. Who was she, this solitary, unsmiling, self-contained creature? The contemporary viewer might have found more visual cues to her background than I could. Is she even married to Kolia, not the only man in the picture she refers to as her `husband’? When she faces her biggest crisis, others have mothers and girlfriends to help them, but she is alone. Why? She almost a Lulu figure - not immoral; not even amoral, but living in a world where morals have so little to do with actual experience that they may as well not exist.

It’s a very modern film that lingers on the mind, and it’s a shame the session was not better attended. Sharolyn Kimmorley accompanied the film on piano, with Rodney Sauer’s effective, Russian-tinged score. 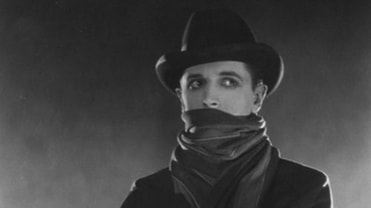 Source: Internet Movie Database
THE LODGER (UK, 1927)
Dir. Alfred Hitchcock
​
The Lodger’ opens with a sensational sequence. A masked killer, known only as The Avenger, is on the loose. All of his victims are blonde-haired women. The authorities seem powerless to find him. The media frenzy mounts.
​
All of this is conveyed in a matter of minutes in wonderfully visual, concise terms. Many years later, Hitchcock said that dialogue should only be used where it was impossible to do otherwise. This is a beautiful demonstration of that edict.

Fashion model Daisy (June Tripp), lives with her parents and is rather indifferently engaged to detective Joe (Malcolm Keen). A mysterious, highly-strung stranger (Ivor Novello) comes to lodge. Meanwhile, as the Avenger’s crime spree continues, Joe is assigned to catch him.

The killer draws closer. Fair-haired Daisy seems an obvious target, and Joe is certain he’s found the perpetrator. But this is Hitchcock, and all is not as it appears.

Hitchcock’s debt to German Expressionism is well known, but the opening sequence makes me think that he was better acquainted with the Dadaists and Surrealists than I realised (I am no Hitchcock scholar). This carries on into the movie proper. When Hitchcock showed the endless pacing of the Lodger by filming him through a transparent glass floor, did he have the similar sequence in Rene Clair’s Dadaist ‘Entr'acte’ (1924) in the back of his mind?

Initially I felt Novello’s performance veered a little too close to expressionist grotesque, but as the film progresses and the tension mounts, it becomes steadily more effective and ultimately quite heart-wrenching.

It was wonderful to see Hitchcock so in control of his craft at this early stage, and this was deservedly a well-attended session. Greg Smith gave a high-quality cue sheet piano accompaniment.